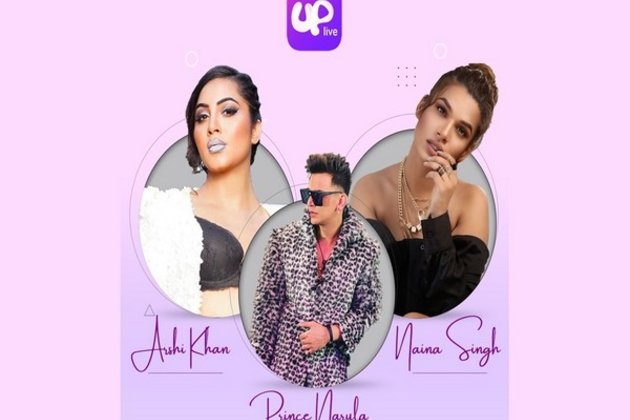 “Uplive is the most interesting platform to connect and interact with different fans and friends. I recently joined Uplive and I find it very interesting. It is full of different viewers and hosts from all over the world. People make contacts. And it’s an opportunity not only to make new friends, but also to win and support yourself, ”said Prince Nerula, winner of MTV Roadies 12 and Bigg Boss 9.

The Uplive app was launched in 2016 by Asia Innovations Group (AIG) and enables viewers to broadcast and watch videos in real time via their smartphones.

The video-based live social platform was delivered in the right place and at the right time. Prime Minister Narendra Modi’s flagship programs, Make in India and Digital India, launched in 2014 and 2015, respectively, and Uplive became famous for accelerating the country’s digitization.

With Uplive, social video hosts can broadcast worldwide, share their talents, and connect in real time with users around the world. This app offers live opportunities for real interaction and has become an integral part of Indian social life during the lockdown caused by the coronavirus.

Recognized by Twitter as one of the most influential international brands in 2019, Uplive has more than 200 million registered users in more than 150 countries and is the world’s largest independent video social entertainment platform excluding China. It became.

The app is the brainchild of AIG, a leading live social company with 350 million registered users in more than 150 countries. Its office matrix comprises 12 offices in different countries and is distributed all over the world.

Uplive recognizes the importance of the service for the diverse population of India and combines internationally successful algorithms with local skills. For Indian users, Uplive has the ability to change the app’s language settings and offers English, Tamil, Telugu, Bengali, Gujarati, Marathi, Urdu, and Hindi. .. These language options and Uplive’s groundbreaking real-time translation capabilities enable users to connect across language barriers.

As more and more stars of the Indian entertainment industry join the app, Uplive has become an important platform for movie stars and online influencers to connect with their viewers via live streaming. Uplive enables users to connect in real time with their favorite musicians, celebrities and entertainers. This feature was recently highlighted by Harsh Beniwal, India’s best YouTuber.

“India is a land of diversity and many languages ​​are spoken across the country. Due to the rapid digitization of the country and the growing demand for unique content from the majority of Indian Internet users, there are currently seven local language gaps for users and streamers at Uplive, which we support within the app, ”said Ahmad Mukhtiyar, India Marketing Manager at Uplive.

“Uplive enables YouTubers to share stories from everyday life and connect like-minded communities. The participation of celebrities and Bollywood stars in Uplive is another step towards further growth in India. It’s a sign, ”added Mukhtiyar.

Over the years, AIG has built a comprehensive and diverse portfolio to fulfill its mission of enriching the lives of people around the world through innovative and fun live social products that promote meaningful relationships.

AIG focuses on key emerging markets and leverages its proven track record of innovation, cutting edge technology, scalable global infrastructure and global insights with local expertise to deliver the most exciting growth in the live social market. Offer users and shareholders value based on opportunity.

This story is provided by PNN. ANI is not responsible for the content of this article. (ANI / PNN)